STICKIN' AROUND WITH PJ AND PALS!!!

Hello!  It's Tuesday!  And the great PJ Day has traveled to the CRAZYVERSE with a few notable pals in order to bring more fun and cheer to the CRAZYVERSARY!  Warning though, you may find it hard to leave after reading this one... 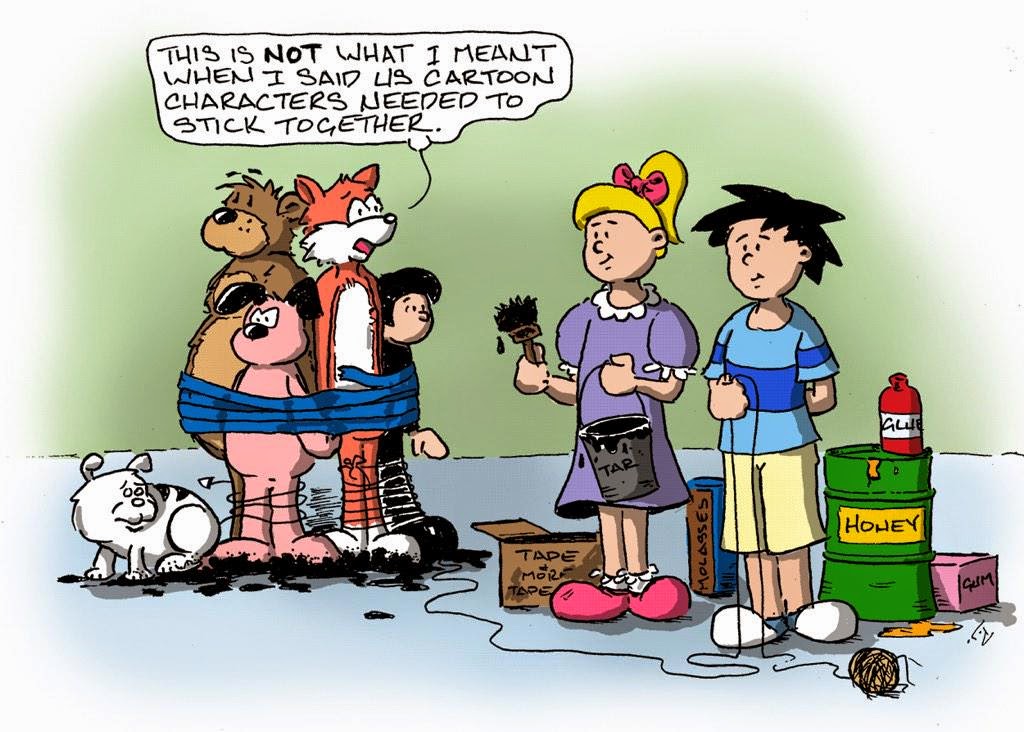 Mike and Mindy never like it when friends have to go home.  Unfortunately, it's antics like this that often discourage repeat visits after their company DOES get free!  Hopefully, Gorr (Mark Stokes' Zombie Boy), Picpak (Kim Belding's Picpak Dog) and Suzanne (David Hurley's Don't Pick The Flowers) won't be scared away after this playdate!

PJ Day, creator of the hilarious comic Flatt Bear, is no stranger to these parts, having done a guest comic for me last year.  I too have had the honor of drawing his wonderful characters in guest comic form and highly recommend his tale of a goofy bear in the Witness Protection Program living with a single mother and her rowdy daughter to anyone in need of a laugh or two!  I gotta say, I love how he added Bubble Fox and a few other web comic pals to that sticky mess that Mike and Mindy created!  Thanks again PJ!  The more the merrier I always say!

Well, it's about to be the midway point, but don't be sad!  We got a super cute bit from Megan McKay coming tomorrow, so I hope you'll stick around to see it!  Until then, take care and I'll catch y'all tomorrow!
Posted by jonsstuff at 12:00 AM