COMIC CON HAS PASSED... BUT WE HAVE A NEW POST ANYWAY!!! 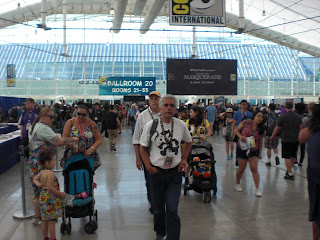 Here I sit all broken hearted.  Paid my dime and only... Wait a tic, that was something I read on the wall of a men's room once!  Yes, yes, I am sitting here sad and going through con withdrawals as SDCC ended three days ago.  Well, I'll likely be anyway as I'm actually sitting here weeks before the show typing these things out well in advance because that's how blogs work!  And if I'm REALLY being honest, I'll probably be past my breaking point with exhaustion by the time Comic Con ends to even be sad about it at first!

I think it'll help us all if we just get straight to the post, am I right?  So let's don our favorite anime shirts and bust out some Doritos as it's time to go back to 2019 and Comic Con!  Enjoy... 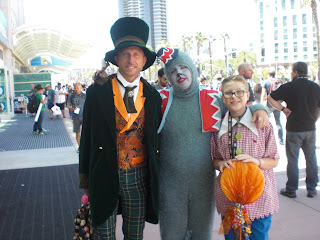 2019 marked the 80th anniversary of the classic MGM version of The Wizard of Oz!  In addition to an amazing theme at the San Diego County Fair the previous month, there was plenty of Oz cosplay happening at cons that year too! 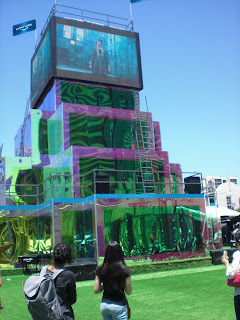 Without question, Amazon Prime had the best offsite at SDCC that year.  With truly immersive activations and a massive multi-level video wall display that could be seen for blocks, there were more people trying to get into Amazon's offsite than the con itself!  Just to give you an idea of how big it was, they started building it on June 28th, nearly three weeks before it opened! 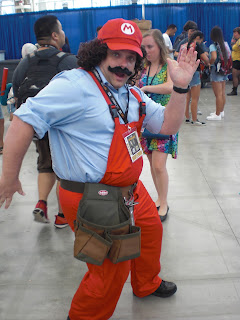 Come on everybody!  It's time to do the Mario!
Swing your hips
From side to side... 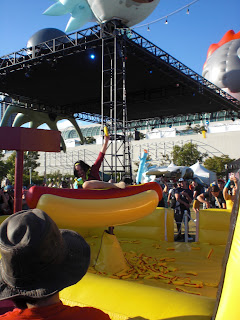 Remember kids, a mechanical hot dog is NOT easier to ride than a mechanical bull, as this poor lady found out the hard way! 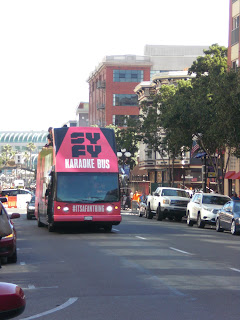 The SyFy Karaoke Bus!  One of the more popular things to do outside of the con, I've often thought about hopping on, but I'm not legally allowed to sing! 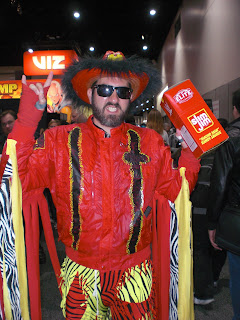 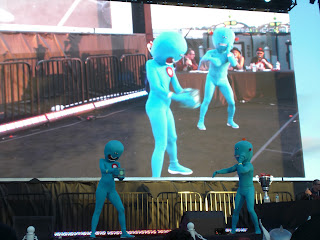 The Meeseeks were a very popular part of the Adult Swim Cosplay Contest!  They performed their hearts out, but ultimately didn't win, all the while having to put up with the constant chants of "Camel Toe" being hurled upon them by the enthralled crowd! 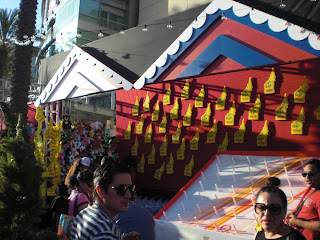 The super cool Chill-adelphia offsite that promoted SHAZAM!  And yes I got one of those foam lightning bolts!  The games were surprisingly challenging! 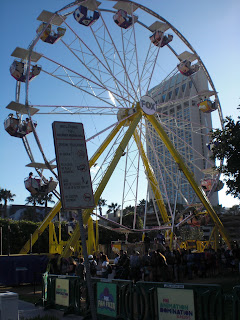 Unlike the supposedly-not-promoting-Mr. Robot-but-totally-was-promoting-it-Ferris-wheel from the Petco Park Interactive Zone in 2016, the Ferris wheel at the Fox Carnival in 2019 was FREE!!! 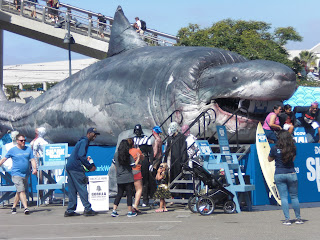 Discovery Channel was back in full force in 2019 promoting their legendary Shark Week block!  Much like the year before, Sharzilla was a huge hit! 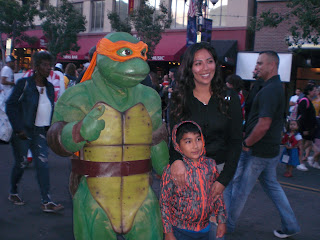 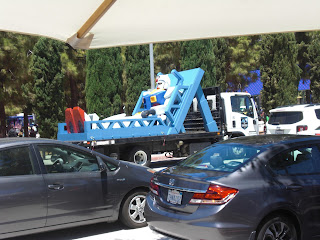 Not often you see a Gundam being transported! 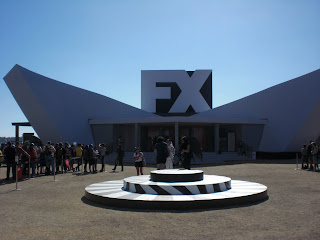 The FX Zone definitely didn't disappoint!  The American Horror Story activation in particular had people running for their lives! 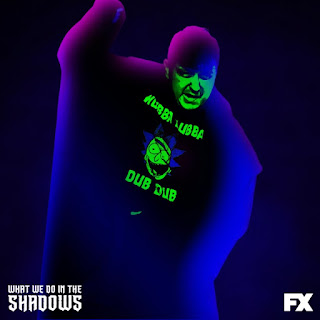 Because I can be a bit of a ham at times, we'll end this week's post with a special pic I got at the What We Do In The Shadows activation!  It was a pretty cool deal they did.  They built the vampires' lair and had all sorts of swag and photo ops!
And that was Comic Con 2019!  Of all the years I've been going, this year is easily in my Top 5.  Such a great year for swag and offsites, not to mention I finally got to meet a few longtime Twitter pals in person for the first time!  As I went home after loading it out, I remember thinking to myself "How're they ever gonna top this year?"  Hopefully next week's post will prove me wrong!
And that's a wrap on the month of July.  But fear not!  We got ONE last SDCC post to go as we kick off August the proper way by ending the CRAZY COMIC CON COUNTDOWN on a high note with a look at THIS YEAR'S show!  So be sure to come back and give it a look!  Until then, take care, stay safe and I'll catch y'all later!
Posted by jonsstuff at 12:00 AM