Another day, another Guest Strip here at the CRAZYVERSARY!!!  My old pal Joshua Hauke from Tales Of The Brothers Three has stopped by and delivered quite the "Hair-Raising" adventure for us!  So let's "Cut" out and take a look... 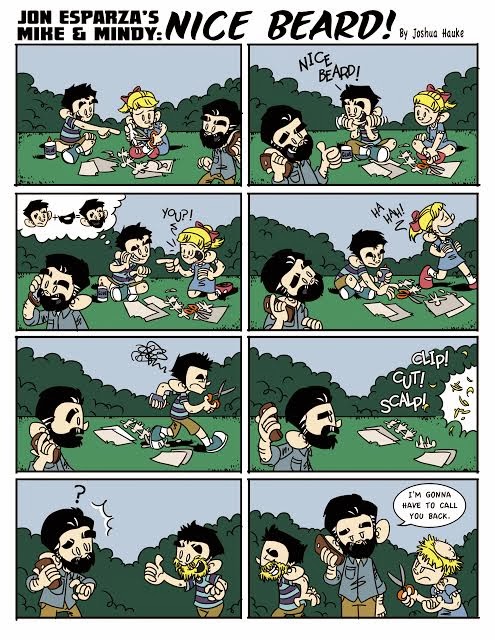 Josh Hauke is an insanely talented cartoonist and a very dear friend of mine, having braved two conventions together now and prepping for a third!  Last year he did a hilarious guest strip for the CRAZYVERSARY and amazingly enough tops himself with this hysterical entry!  He recently put out his second book, The Moose Kisser, which can be bought at his site here!  Thanks again Josh!  Wondercon's gonna be even better now knowing that your book will be available!

Well, that's all for today.  Scott Warren is here tomorrow and has delivered an "Up-Lifting" comic that will surely "Round-Out" everybody's sense of humor!  Until then, take care and I'll catch y'all later!
Posted by jonsstuff at 12:00 AM