Another day, another guest appearance!  This time, Andrew Grieve of Team Stryker Comic has come, and he ain't screwing around... 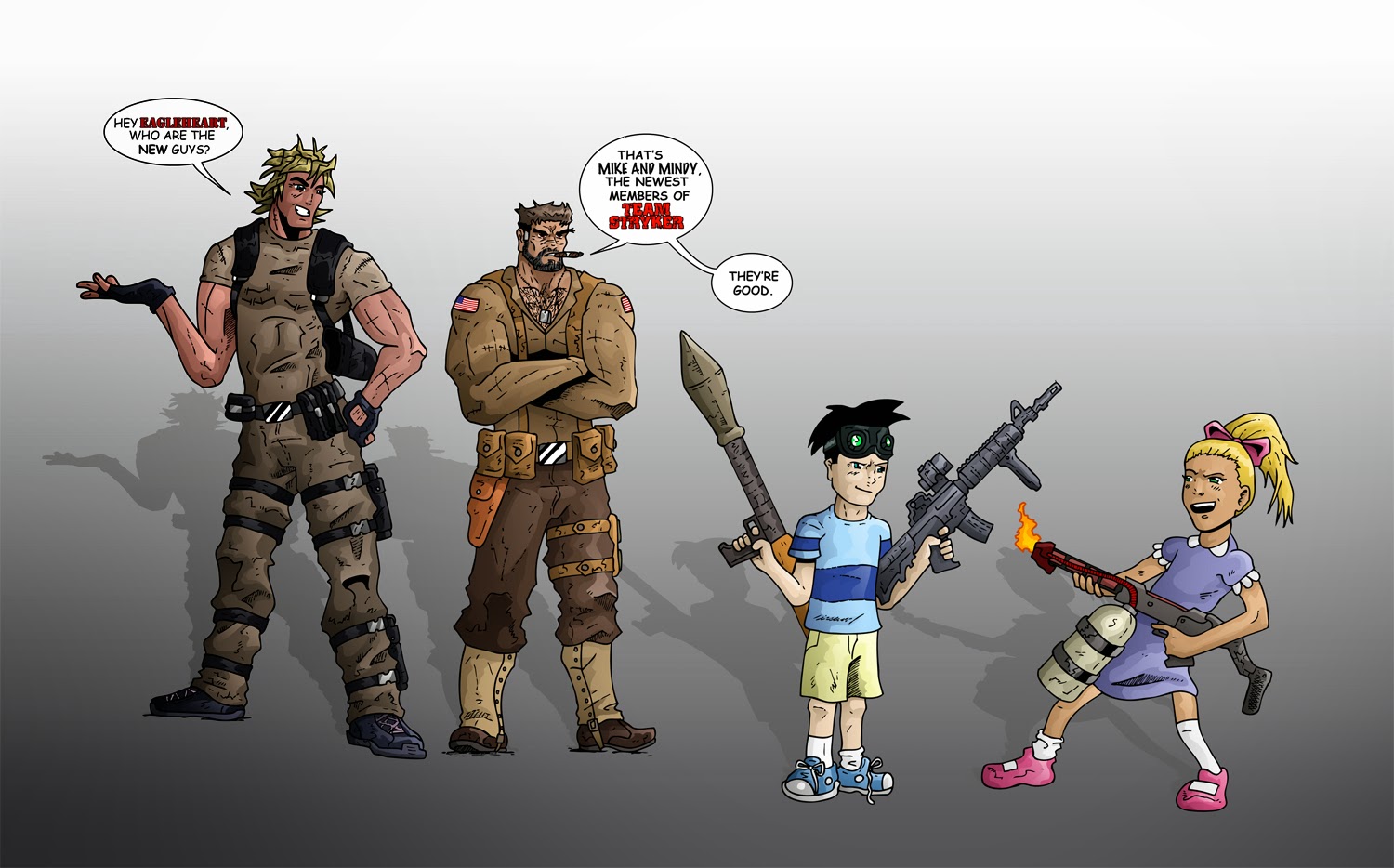 HOLY CRAP!!!  Can those two even be trusted with military weapons?!  Seriously, look at the kind of damage they've caused with just helium and anvils!

Andrew Grieve of Calgary is one of the coolest dudes you will ever meet!  He's one of my closest friend's on Twitter and his Team Stryker Comic is THE most badass comic on the web today!  Mike and Mindy have never looked tougher and I'm sure no one will ever cross them now!  Thanks again Andrew!  May the Stampede be awesome this Summer!

Well, that's all for today!  We got a very special cartoon coming tomorrow from my animated pal, Joe Mettam!  Until then, take care and I'll catch y'all later!
Posted by jonsstuff at 12:00 AM