OPEN A "BOX" OF "MONSTER" LAUGHS WITH THE CRAZY CARTOON EXPERIMENT 6!!!

Is it really that time again?  You bet ya!  So let's not waste anymore precious seconds and dive right in!  It's the CRAZY CARTOON EXPERIMENT 6!!!  The theme was A Monster Cereal Box Cover, so lets see what my CRAZY Cartoon Pals came up with, shall we?  Enjoy... 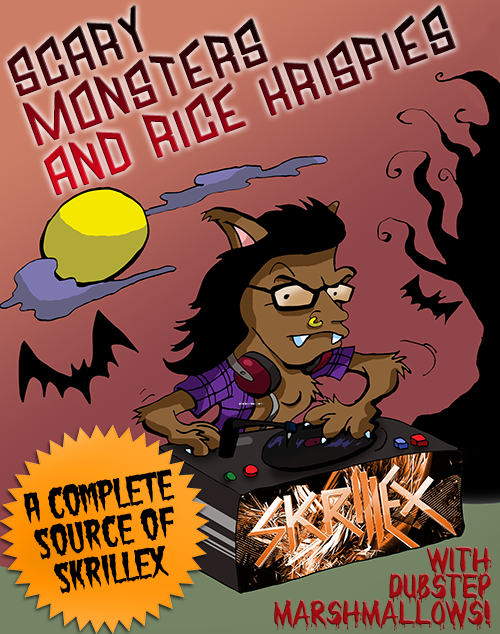 CCE veteran Kim Belding is back and finally got in first with this absolutely terrifying cover featuring the scariest monster there is: SKRILLEX!  Side effect do include an unhealthy love of dubstep and techno music! 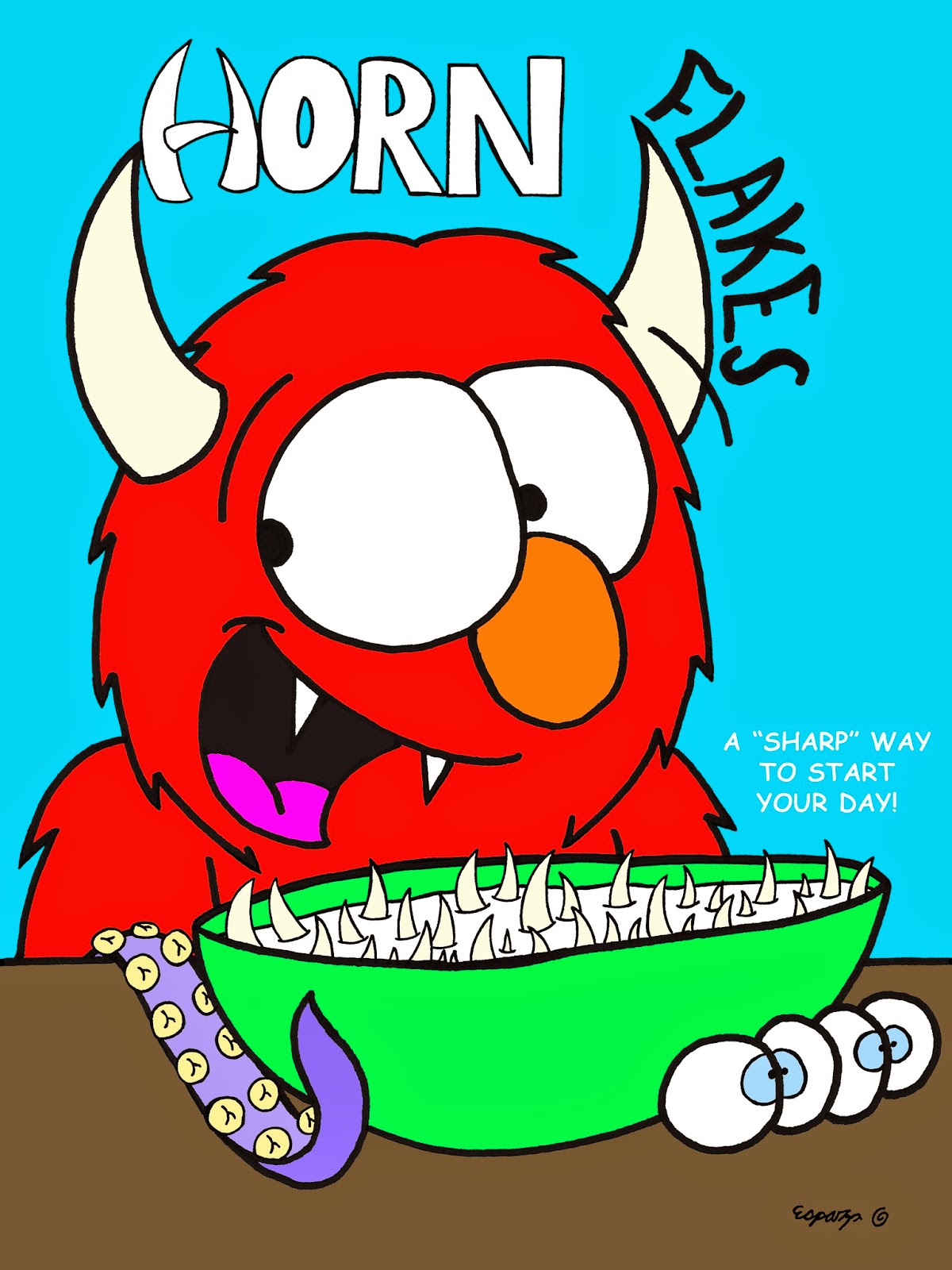 Here's my entry into the CCE!  Finally managed to finish early for a change and work in one of my beloved monsters!  This piece also marks a first for me: This is the first ever piece I've ever completely inked digitally.  A rather odd feeling, but I'm pretty happy with the turnout. 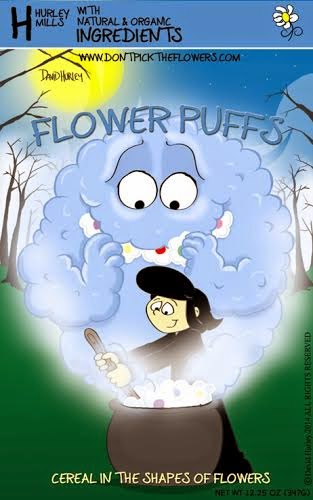 David Hurley makes his CCE debut with this funny cover!  Suzanne's always concocting something, usually with frightening results!  This time, her experimenting has paid off!  Just hope that cloud don't eat ALL the flowers! 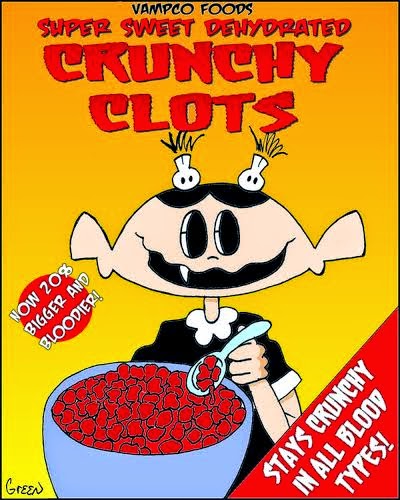 Tim Green comes back to the CCE with the monster to scare all monsters: SUNNY!!!  Trust me folks, she may look cute, but you don't ever wanna cross this little terror!  Especially if you are A Negative! 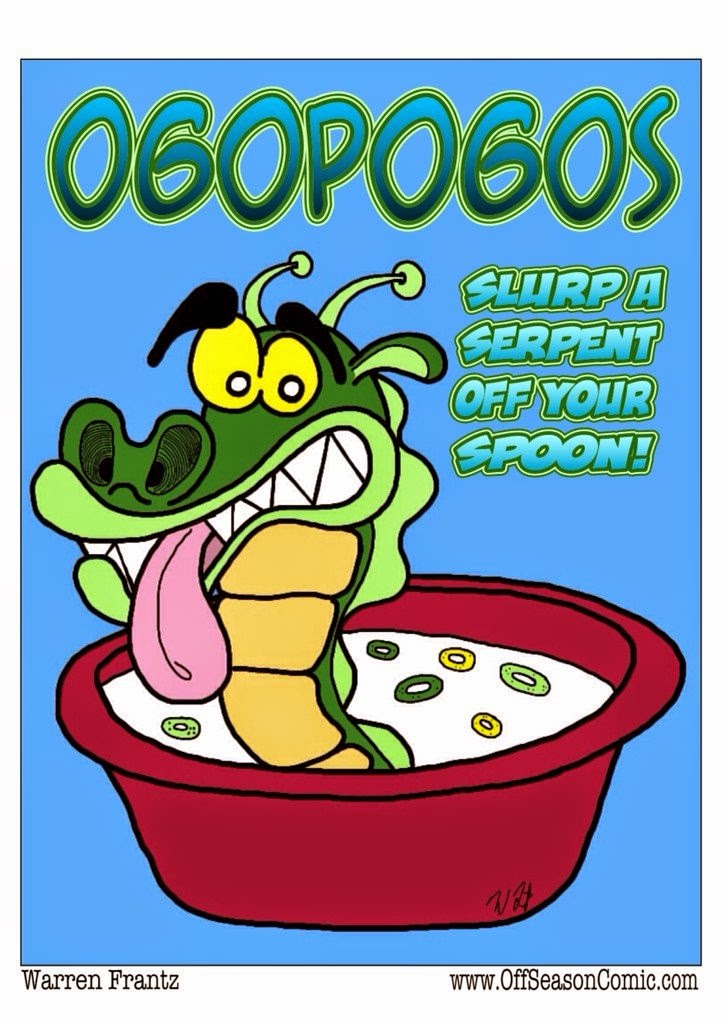 Canada's CRAZIEST cartoonist returns to the CCE with this wacky creature from the Canadian Great Lakes!  Many an outdoor hockey player has gone missing from swimming to close to the holes it has left in the ice! 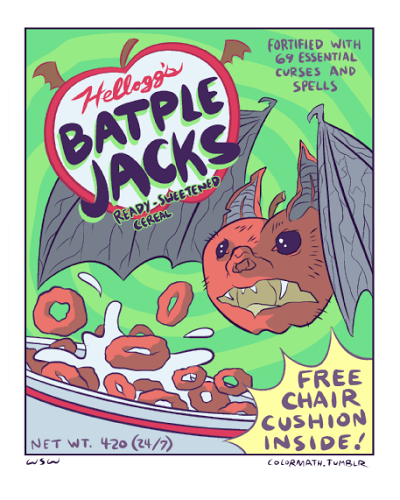 Scott Warren makes his CCE debut with this rather spirited piece!  Given that his comic is all about cereal mascots, he seemed like a perfect fit for this experiment!  He's also one of the folks who helped inspire this theme: It was a Crunchy Bunches comic last year about aliens getting the Halloween Cereal Mascots to help them take over the Earth that fanned the spark of an idea into a raging fire!  Thanks again Scott!

EW Crowe, The Hat And The Fat 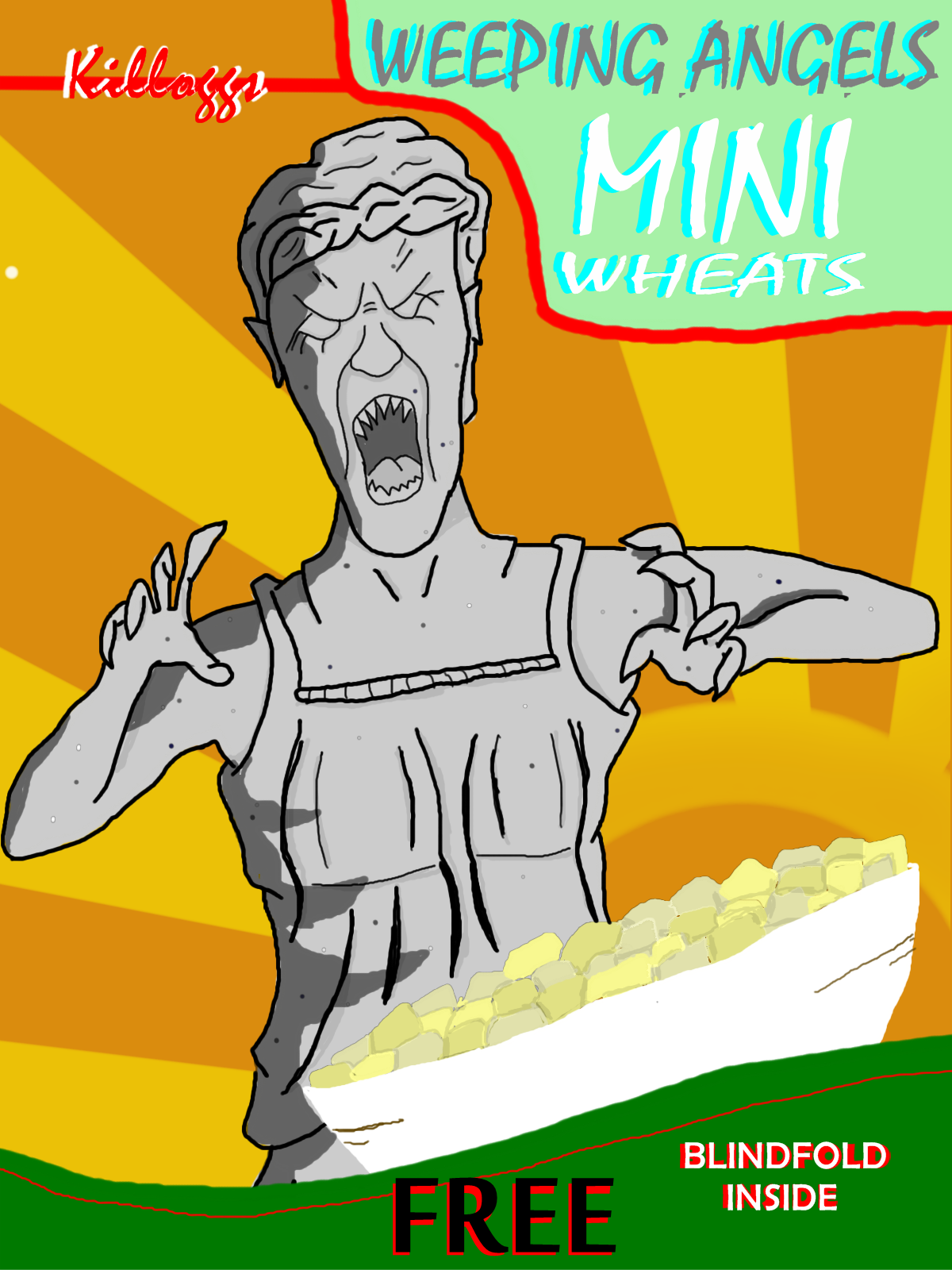 EW Crowe returns to the CCE with a piece that's destined to keep most of us awake tonight!  Never stare at a gorgon!  Bad things will happen!  Oh wait, it comes with a blindfold?  Cool!  In that case stare all you want! 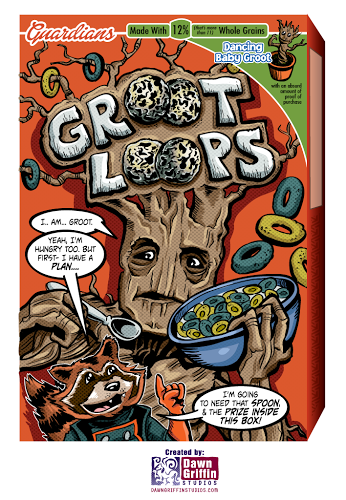 After a long hiatus, the great Dawn Griffin returns to the CCE!  She is the other artist who helped inspire this experiment when she did a Z&F cereal box cover theme for a fan art contest (Which I won!)  When I saw this in my inbox, I flipped my lid it was so awesome!  Then on Twitter, Dawn informed me that through wild coincidence, another artist did a shirt with a similar theme!  The whole point behind the CCE is to see how different/similar artists think.  Having seen this and the shirt, I feel it's merely proof that not only do great minds think alike, but so do creative minds too. 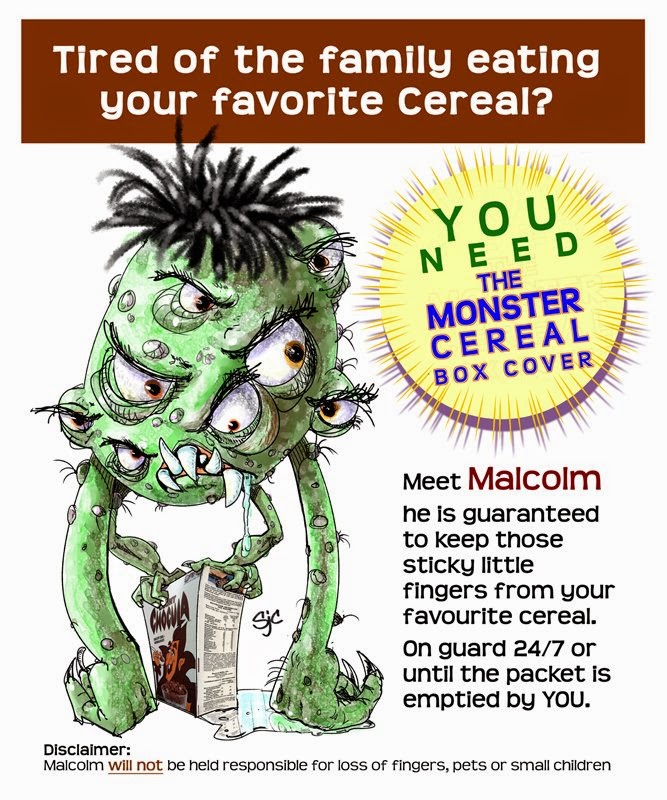 And finally, another newcomer to the CCE, Twitter pal Stephen Conroy, whose Monster has taken on a life of his own, defending other cereal monsters from harm!  Stephen's a pretty cool dude and hopefully will have a site of his own soon so ALL can check out his awesome artwork!

And so ends another CRAZY CARTOON EXPERIMENT!  What's that?  You demand another theme already?  OK, fine!  Here it is:

Draw your (Or your favorite) web comic character(s) as demented parade balloons!

That's right folks!  Why should the mainstream have all the fun every Thanksgiving?  So grab some helium and give your toons the Macy's Day treatment!  The deadline is NOVEMBER 19TH, 2014, so PLENTY of time to do this!  Huge thanks to Tim Green from Vinnie The Vampire for coming up with this Experiment's theme!  And, as always, KEEP IT FAMILY FRIENDLY!!!  This is an all-ages site so NOTHING graphic or adult in nature!  Other than that, have fun!

That's all for now folks.  Next week, something a little different as Mushrooms gets the top billing this month thanks to a special challenge from my good pal Warren Frantz.  So until then, take it easy and I'll catch y'all later!