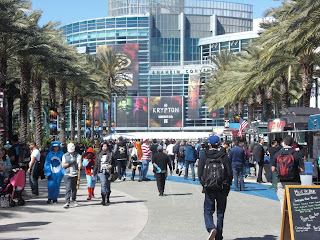 Sigh...  WonderCon 2019 has come and gone...  And I don't even know if it was cool or not?!?  I type these out in advance, so it's a 50/50 shot on it either being totally awesome or totally bogus!  I guess we'll find out next week.  In the meantime, let's kick April off right with some pics from last year's WonderCon!  Enjoy... 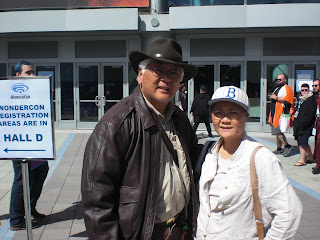 Indy and Shortround...  I would've happily paid to see more Indiana Jones movies if it had been them continuing as a team! 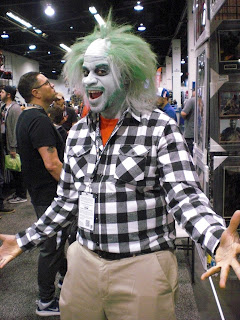 Ghost with the most babe!  Lot's of Beetlejuice cosplayers came out in force to celebrate the film's 30th anniversary.  By far the most popular costumes of WonderCon 2018 were Beetlejuice characters! 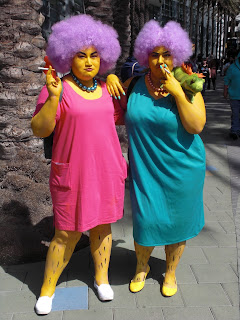 Patty and Selma WITH Jubjub!  I hit the floor laughing when I saw these two!  One of the best cosplays I've ever seen! 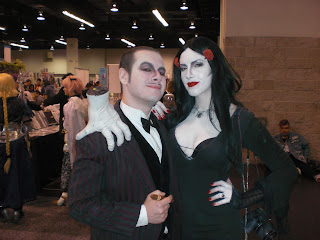 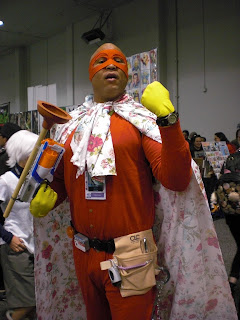 Blankman!  Wonder wear he got such nice floral sheets from? 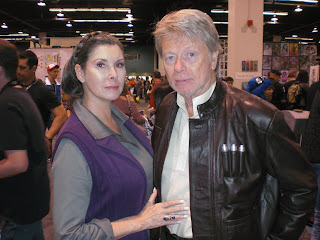 Leia and Han...  Another unforgettable couple! 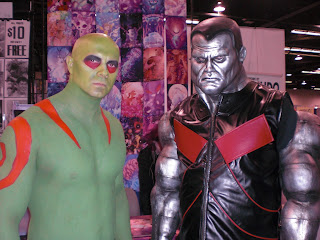 Thanks to the Disney/Fox merger, there's nothing legally stopping this Drax/Colossus crossover from ever happening on the big screen now! 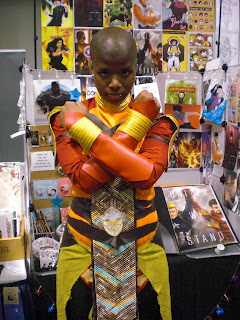 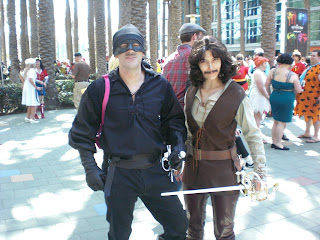 Wesley and Indigo were looking for a man with six fingers on his right hand.  They only found the Flintstones instead. 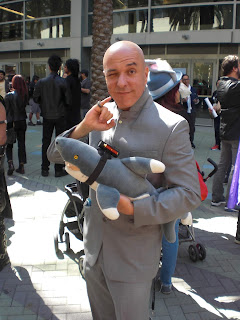 Nice to see that Dr. Evil finally got a shark with a frickin' laser beam attached to its head! 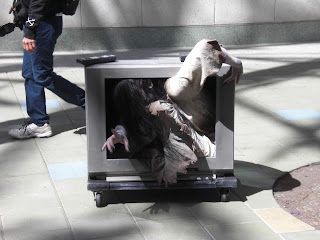 Could've sworn I was popping my copy of Pootytang into the VCR, but then this happened! 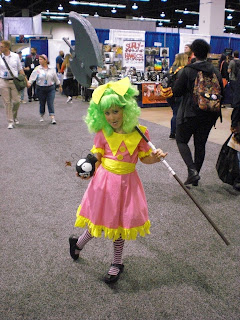 The most adorable cosplay of 2018: Gert from I Hate Fairyland!  We were all gushing over this kid until we realized it's not a kid-friendly comic at all!  Luckily, her dad assured us she didn't read it! 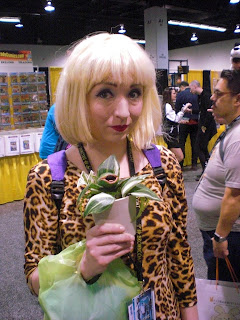 Sing it with me folks: "SUDDENLY SEYMORE..." 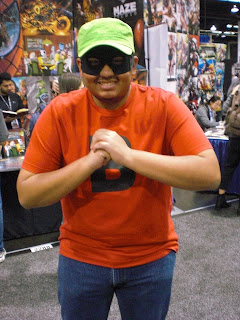 And we'll wrap things up today with a Beagle Boy!  Ages ago, Scott Shaw! told a group of us a story about how a current Disney executive had no clue who the Beagle Boys even were, despite Ducktales being one of the company's most popular shows ever!  Given the way they stuff things in the vault to be forgotten, I really shouldn't be surprised by this.

And that was WonderCon 2018!  One of the best times I've ever had there, despite having a really crappy hotel room!  I was all over the place and caught up with many pals and shared in many wonderful moments!  I went home very happy afterward.

And that's all for now!  Still dealing with a computer situation at home, so I can't fully promise a look at WonderCon 2019 next week, but it's certainly the main goal!  So hopefully, we'll see you next week.  Until then, take care and I'll catch y'all later!
Posted by jonsstuff at 12:00 AM No comments: