A BIG CRAZY THANK YOU!!! 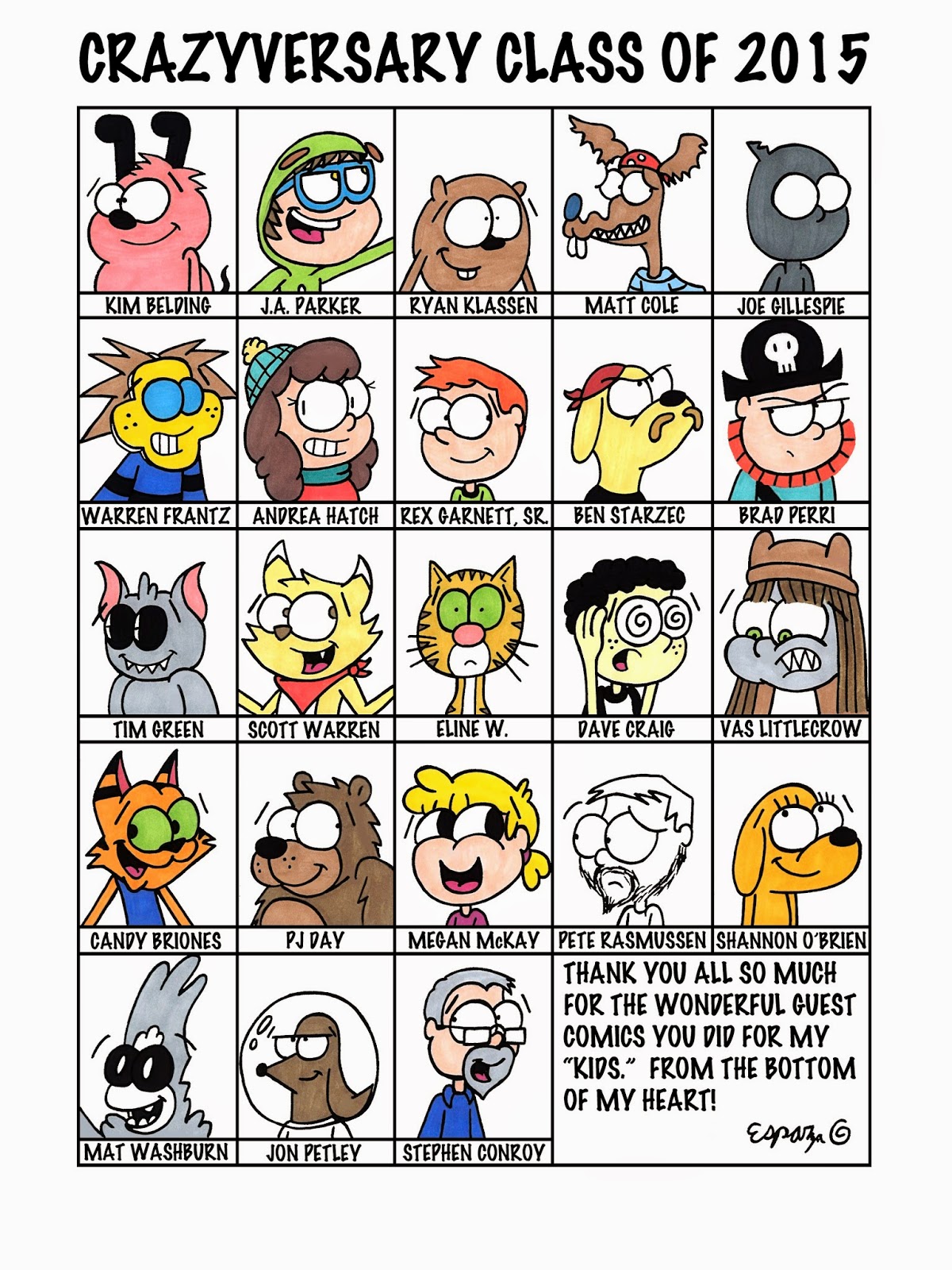 Howdy y'all!  Welcome to March!  I know I promised the start of the Spirit Of Bubble Fox this week, but real life it seems has become far too hectic, but I promise next week it'll start up and deliver what I promised and be even better than initially thought!

In the meantime I present the above piece in gratitude to the awesome artists who did guest comics for both Mike And Mindy AND Bubble Fox during their respective anniversary months!  Their names are too many to name due to time constraints, but they appear clearly in the art and their links can be found on the corresponding pages that their guest comics appeared!  Thanks again amigos!

Well folks, hopefully I'll find some time to get things back to normal by next week.  Between work, the Bubble Fox book, illness, a life crisis, actual cartooning and WonderCon prep, I just got too sidetracked.  I apologize and will have things back in order soon.  Until then, take care and I'll catch y'all later!
jonsstuff at 12:00 AM